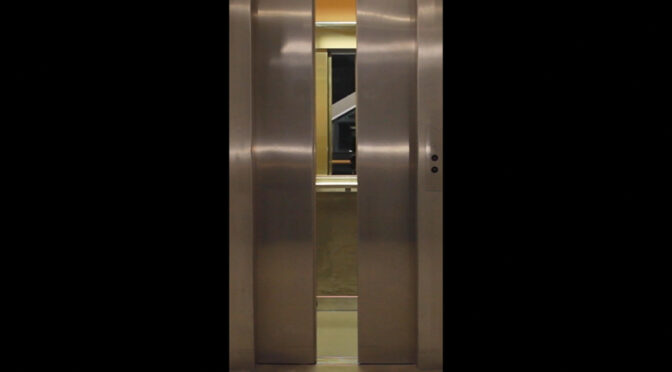 Lauren is from Bexhill-on-Sea and did A-levels at Bexhill College. She joined the Art Society in Southampton in the 2nd year and the Sign Language Society. She works on the bar in one of the sailing clubs in Hamble and gets commissioned to make paintings for family and friends.

Her practice, in film, deals with feelings of fear, uncertainty and tension, looking at traumatic events and then fear in general, starting with a phobia of birds, which developed in the last 5 years, which she has concluded is not about the object of fear, but the environment: indoors it is not a problem, whereas outdoors it is heightened. Lighting, music, horror films, suspense and suspenseful music are all in the mix.

My practice poses questions of how we perceive the everyday and their attached actions but how I can then create a feeling of anticipation from this for the viewer, prior to them knowing the outcome already. Through building tension and suspense through an act of waiting, the use of a lift becomes significant as the majority of people have used and waited for a lift at least once in their lives. This then gives another purpose for the mechanical everyday other than their actual function. Not only as a mode of transitioning from A to B but a closed-off space from the outside. I would like to facilitate this further by enhancing those seemingly normal qualities and establish a different perspective by creating moments of anticipation as the door open each time, through filming and sound manipulation.